Vivian Conan is a writer, librarian, and IT business analyst who lives in Manhattan. A native New Yorker, she grew up in a large Greek-Jewish clan in Brooklyn, graduated from Brooklyn College, and holds master’s degrees from Pratt Institute and Baruch College. Her work has appeared in The New York Times, New York magazine, Lilith, Narratively, and Ducts.org. She received a 2007 fellowship in Nonfiction Literature from the New York Foundation for the Arts and a 2019 Simon Rockower Award from the American Jewish Press Association. Vivian sings with the Peace of Heart Choir, which performs free for communities in need, and has mentored teenage writers as a volunteer with Girls Write Now. Losing the Atmosphere is her first book. 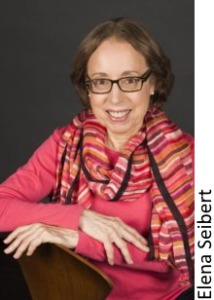